Top Television Hypnotist & Psychic Entertainer Jonathan Royle is both an experienced Television and Radio Presenter and Performer and is always interested in becoming involved in new broadcast projects.

In August 2001, Royle was approached by Chris Massey and Gary Midmer of Mudlark Films Ltd who were based at Bray Film Studios in Windsor – (England).
They commissioned him to devise a bizarre entertainment show featuring his own Hypnotic, Psychic, Magical & Comedy talents, after many months of preparation, filming and editing the end result’s, having already been seen by many around the world can now be watched here on this page.

LIFE IN THE BUS LANE!

In this his debut TV Series, Royle comes across, as a strange schizophrenic type of performer, a sad, lonely, wannabe desperate for Fame and Recognition and his personality seems to change like the wind depending on what he is doing at the time! 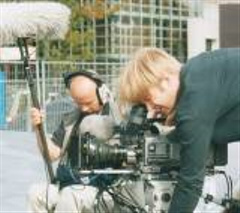 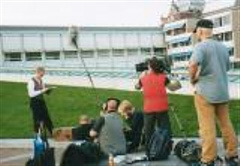 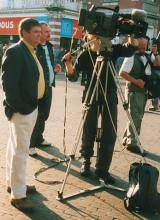 Shot mainly on the streets and in the trendy bars of Amsterdam the show is a mix of street magic, psychic feats, street hypnosis and comic pranks carried out on an unsuspecting public by a hapless Jonathan Royle.

The programme concentrates not on the pranks, magic effects or hypnosis, but rather on the images of shock, embarrassment, astonishment and amusement of the general public when the tricks, pranks and stunts are played on them!

Several storylines and characters run through each programme, namely ‘Gary the Drunk Businessman’, ‘Ron the Magic Loving Junkie’ with his Stoned friends and ‘Mesmerelda’ who is Jonathan’s long lost sister (It’s actually Jonathan himself in drag!) which actually turn the show into a bizarre modern day variety show sitcom.

It could be said that in many ways, sections of this Zany show are satirical send ups of such famous household name performers as Dynamo, David Blaine, Derren Brown, Paul McKenna & Uri Geller amongst others and this is one of the unique elements which we feel sure will make it a huge hit with the public. 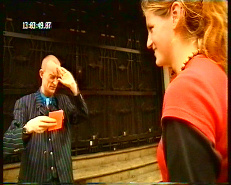 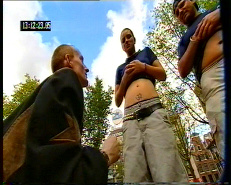 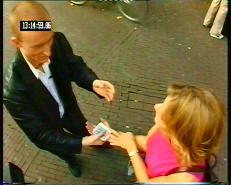 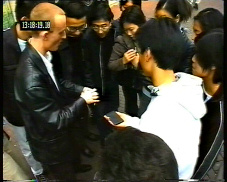 To give you a clearer idea about the content of this Bizarre, Unique and truly hilarious entertainment series here are a few more details about what talents Royle displays during the programmes in amongst the regular storylines!

When it comes to his attempts at magic, Jonathan is best described as Alan Partridge (Knowing Me Knowing You) crossed with a modern day version of Tommy Cooper! Often his tricks don’t work out as he planned and quite often they don’t work at all! But then when the viewers least expect it something truly amazing happens to rival even the great David Blaine, and when it does Jonathan seems just as delighted and amazed as the public involved!

When performing Psychic Experiments Jonathan seems to transform into a strange cross between Russell Grant on Acid and Uri Geller on Speed! On the one hand its hilarious to see peoples faces as he stops them in the street and starts prodding their Navels for a bit of “Belly Button Reading” or indeed abducting their dog for a little Pawology (dogs paw reading), on the other hand it is amazing how accurate his revelations and predictions are!

When demonstrating his own unique style of adults only Hypnosis, Jonathan becomes a mischievous type of fellow who seems to get some kind of perverse pleasure out of his actions! Some of the routines truly are unique and can only be broadcast post watershed.

On “Life In The Bus Lane” Jonathan presents his comedy talents in such a manner that viewers will think he is so embarrassingly bad, that in actual fact they will find it hilarious. Again here we would compare Royle to Alan Partridge mixed in with a bit of “Carry On” humour.

Several storylines and characters run through each programme, namely ‘Gary the Drunk Businessman’, ‘Ron the Magic Loving Junkie’ with his Stoned friends and ‘Mesmerelda’ who is Jonathan’s long lost sister (It’s actually Jonathan himself in drag!) which actually turn the show into a bizarre modern day variety show sitcom. These characters end up in bizarre situations and become involved with each other in a comical manner throughout the series. 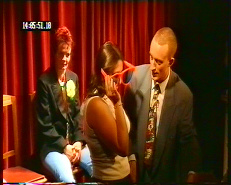 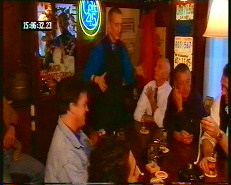 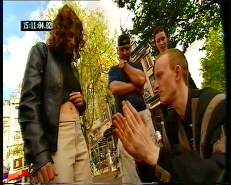 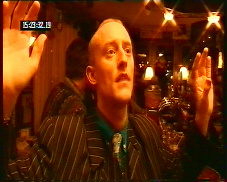 PUT IT ALL TOGETHER AND YOU’VE GOT 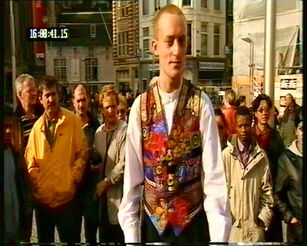 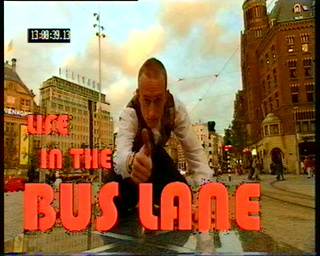 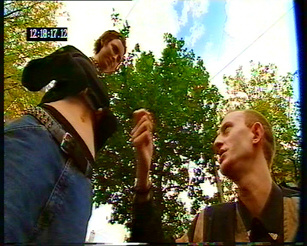 Adam Wakeman has exclusively written the music used in these shows and the format was devised between Jonathan Royle himself and director Richard Van Den Bergh!

The production was a multi camera, professional shoot and no words on paper could ever do justice to the end product, which we are very proud of!

Royle Has Several Other Unique & Original Television Show Treatments & Concepts which he would be happy to discuss with any Seriously interested Production Companies and/or Broadcasters.